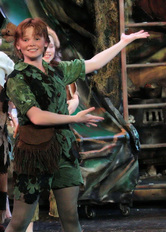 "But if there are any lingering doubts as to how breathtaking this Peter Pan is going to be, they'll likely vanish the second Peter Pan him(her)self leaps into view. With her hair cropped short and her alternately nimble and impetuous movements exuding tomboyish joie de vivre, Brittany Church easily looks the part, and given the radiant purity and Broadway-belter panache of her vocals, definitely sings it. Yet there's not a moment here when Church doesn't also appear to be actively living the role; her every emotion - from Peter's ache for a mother to his above-ground exhilaration to his anguish at Tinkerbell's potential demise - is richly, deeply felt, and the instant she arrives, an already-inspired production blasts off into the stratosphere." - Mike Schulz, The River Cities' Reader

"Brittany Church does an outstanding job as Peter Pan.  Her face is full of expression and her voice was full and strong.  She especially shines in 'I'm Flying.'" - Stephanie De Pasquale, The Quad-City Times

"The character of Peter Pan is literally channeled by Brittany Church — a charismatic actress. Brittany boasts sweet, pure vocals fortified with the power needed to fill the large theater. She brings Peter Pan to life in every way and makes him so believable." - Jami R. Smith, The Clinton Herald 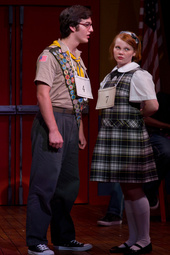 "Take perky Brittany Church (Marcy Park), who plays an over-achieving child with complete believability and versatility. What would Jesus say? He may agree that the singer-actress-dancer may be the next star to be born..." - Becky Ball, The Oak Ridger

Praise for The Drowsy Chaperone 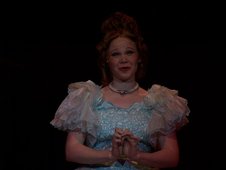 "Among the other principals (all of whom skillfully sing their hearts out), Brittany Church and John Laing are terrific as Mrs. Tottendale and Underling and their scenes are well-played..." - Jeffery Ellis, BroadwayWorld.com